Ashley Judd has revealed she recently had a sit-down conversation with the man who raped her more than two decades ago.

The actress, 54, made the surprising admission during an appearance on the Healing With David Kessler podcast, telling host David Kessler why she felt the need to confront him about the 1999 ordeal.

“To make a long story short, we ended up in rocking chairs sitting by a creek together,” the actress revealed. “And I said, ‘I’m very interested in hearing the story you’ve carried all these years.’ And we had a restorative-justice conversation about that.”

READMORE: Grandmother scammed out of $230,000 by fake federal agent

“I wanted to share that story because there are many ways of healing from grief, and it’s important to remind listeners that I didn’t need anything from him and it was just gravy that he made his amends and expressed his deep remorse because healing from grief is an inside job.”

the Double Jeopardy actress added that she didn’t need closure from the man, whose identity has remained a mystery all these years – she was just “very interested in hearing” his story.

READMORE: Meghan denies lying about being an only child

Although she reiterated that she “didn’t need his cooperation” or “for him to make amends” in order for her to continue healing.

“Because I had the opportunity to do my trauma work, to do my grief work, to do my healing work, to have all these shifts in my own consciousness and to bond in these female coalition spaces with other survivors,” Judd said.

“I was very clear, my boundaries were intact. I was already an empowered, adult feminist woman,” she recalled. “And that this could happen under these circumstances was unconscionable, unforeseen, and yet I have had a restorative-justice process with this person out of how replete my soul is today.”

Judd has previously spoken out publicly about being a three-time rape survivor, sharing her story for the first time in her 2011 memoir, All That Is Bitter & Sweetand then again in an op-ed she penned for mic.com‘s “Pass the Mic” series.

“I am a survivor of sexual assault, rape and incest,” she wrote at the time. “The summer of 1984 was tough for me. I experienced two rapes by an adult and systematic disturbance from another adult, who also had another man in the room watching … This January, I read three different things that freshly triggered an additional, very specific memory from age 15 – an attempted oral rape by yet another adult man.” 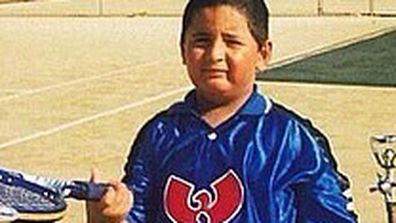 The Aussie superstar with millions of eyes glued to him

No comments to show.

This website uses cookies to improve your experience while you navigate through the website. Out of these, the cookies that are categorized as necessary are stored on your browser as they are essential for the working of basic functionalities of the website. We also use third-party cookies that help us analyze and understand how you use this website. These cookies will be stored in your browser only with your consent. You also have the option to opt-out of these cookies. But opting out of some of these cookies may affect your browsing experience.
Necessary Always Enabled
Necessary cookies are absolutely essential for the website to function properly. These cookies ensure basic functionalities and security features of the website, anonymously.
Functional
Functional cookies help to perform certain functionalities like sharing the content of the website on social media platforms, collect feedbacks, and other third-party features.
Performance
Performance cookies are used to understand and analyze the key performance indexes of the website which helps in delivering a better user experience for the visitors.
Analytics
Analytical cookies are used to understand how visitors interact with the website. These cookies help provide information on metrics the number of visitors, bounce rate, traffic source, etc.
Advertisement
Advertisement cookies are used to provide visitors with relevant ads and marketing campaigns. These cookies track visitors across websites and collect information to provide customized ads.
Others
Other uncategorized cookies are those that are being analyzed and have not been classified into a category as yet.
SAVE & ACCEPT